1 Year On: arrestees & their solicitor talk to the Guardian

Daniel Randall of the Charing Cross 10, Hannah Eiseman-Renyard of the Starbucks Zombies and their lawyerr Sophie Naftalin of Bhatt Murphy Solicitors talk to the Guardian.

“Fifty-five people were arrested on the day of the royal wedding last year, 30 of them for a potential breach of the peace. A year on, 15 of them are taking the police to court for a judicial review to challenge the tactics that were used that day against a ‘hypothetical protest that had already been criminalised’. They tell the Guardian why they want the law to change and discuss what the practice could mean for the policing of protests at the Olympics”

One year on – see you in Soho

It’s not as big an event as the court case at the end of May, but but to mark the one year anniversary of the police’s ‘precrime’ pre-emptive arrests over the royal wedding, there will be a gathering in Soho Square (the site of a number of the arrests including the Starbucks Zombies, the Frith Street Two, and others).

Come as you are. Bring your friends, bring your cameras, bring some food & drink to share.

We are not afraid. We will not be silenced. We will see them in court.

Fifteen people who were arrested preemptively on the day of the Royal Wedding have been granted permission to challenge their arrests by way of Judicial Review. The claimants, who were arrested from different locations across central London, had not committed any crimes. Those arrested included people on their way to peaceful protests, as well as people the police merely suspected of being on their way to protests. None of the claimants were charged and all were released almost as soon as the public celebrations had finished.

“It is our view that the treatment of our clients was unlawful under common law and was in breach of their fundamental rights under the European Court of Human Rights articles 5, 8, 10 and 11,” said a spokesperson from Bhatt Murphy. “The apparent existence of an underlying policy that resulted in those arrests is a matter of considerable concern with implications for all those engaged in peaceful dissent or protest.”

Those arrested include members of the ‘Charing Cross 10’ who were on their way to a republican street party, the ‘Starbucks Zombies’ who were arrested from an Oxford Street branch of Starbucks for wearing zombie fancy dress, and a man who was simply walking in London and was stopped and arrested by plainclothes officers because he was a ‘known activist’. The arrests have been dubbed ‘precrime’ in many circles.

The arrests, all said to be to prevent anticipated breach of the peace, are part of a trend on the part of Metropolitan Police of using increasingly heavy-handed tactics against peaceful protestors, which manifested itself most recently in the threat to use rubber bullets against students protesting against the rise in tuition fees. Such tactics create a ‘chilling effect’ which dissuades others from protesting in the future.

The use of such tactics, which on the day of the royal wedding appears to have gone so far as to include a policy of carrying out preemptive arrests in order to intercept and prevent public protest and other dissent, raises questions of constitutional significance with regard to the role of policing in a democracy. The granting of permission for a Judicial Review means that those tactics will now be subject to the full scrutiny of the High Court in a 5 day hearing some time in the next year.

Statement from Queer Resistance re: Events on 29th of April

On 29th April Queer Resistance the LGBTQI anti-cuts collective planned a Royal Zombie Wedding Celebration in Soho incorporating a picnic breakfast, performances, a zombie blessing and marriage ceremony by the Sisters of Perpetual Indulgence followed by a zombie flash mob through Soho.

This action, neither pro nor anti royal, was to highlight the impact of the cuts on the LGBTQI community, most notably;

· Support to under 18s at risk of sexual exploitation

The morning saw several arrests of early arrivals to the action; all were placed in cells, de-arrested and released after several hours. There was some particularly bad treatment by the police which included an alleged assault of one of the arrestees.

The group decided to persevere with the action and met in Soho Square at 12 o’clock, planning to picnic at 1pm after seeking confirmation from police that no arrests would be made for picnicing. Shortly after people had gathered at 1pm and before the performances were to take place individuals from the group spoke with police to once again confirm that no arrests would be made, the full video of this conversation is here: http://bambuser.com/channel/ronanshaun/broadcast/1615419

Approximately half an hour after this conversation the police evicted the group from Soho Square under threat of arrest, the full video of this can be seen here http://www.youtube.com/watch?v=6zt98ys08vo&NR=1

Individuals from Queer Resistance are now in touch with legal advisers who are seeking statements from witnesses to the arrests; these should be emailed to gbclegal@riseup.net. Those arrested are also asked to get in touch with Queer Resistance as we are planning a full debrief session to give support to those affected, discuss further action and to learn as a group from what happened.

Queer Resistance is a collective of queers and allies from across the UK coming together to fight the cuts – including lesbian, gay, bisexual, trans, intersex and queer folk. We come from all communities, backgrounds and walks of life and we share this common objective. As a group we strongly defend the right to peaceful protest and freedom of expression both of which were denied to us yesterday. 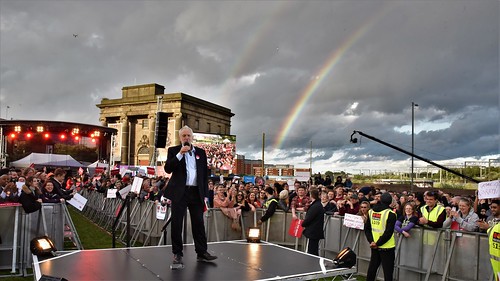